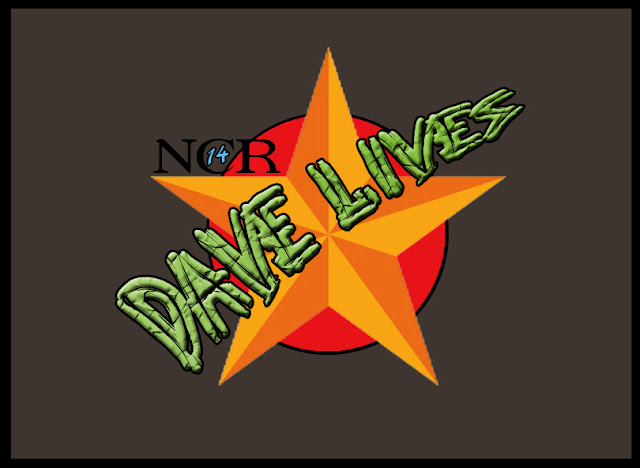 IN THIS SOUL SEARCHING JOURNEY:
-The sexlessness of Miss Natalie Portman!
-The sad state of Slang!
-Reach out and touch the Irradiated One!
-Does anyone like the movie Quick Change besides me?
-Even Eddie Izzard can't hit the Bullseye every time!
-What? I'm a Jellyfish!
-Calling all Conviction!
-On the Irradiated ipod this week: From their self titled second album, Portishead gives us all a little touch of class with their rather nifty little number "Western Eyes!"
RIGHT CLICK TO DOWNLOAD
Posted by Nuclear Clown at 6:07 PM 3 comments: 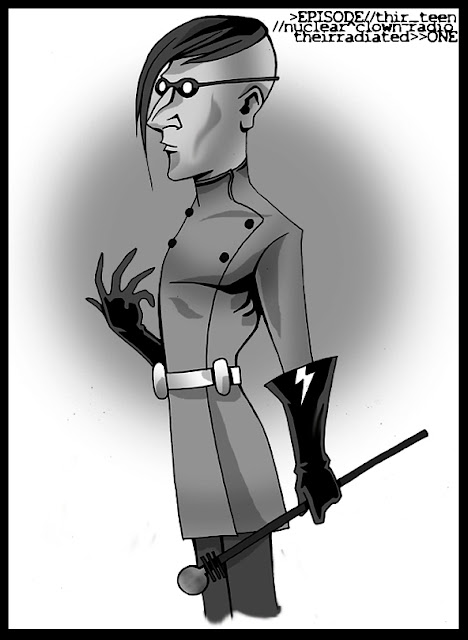 IN THIS COMPLETELY UNLUCKY EPISODE:
-My new bride puts the Q in Coupon!
-The World of Darkness goes massive?
-We can be Champions just for one day!
-Blade TV!
-Antagonist building for dummies!
-Do I actually talk football for the first time in the history of my life?
-JAMES CAMERON'S POCAHONATAR!
-On the Irradiated ipod this Week: From Modest Mouse's The Fruit that Ate Itself, we enjoy the fine and dandy song (not a cut) "Karma's Payment!"
RIGHT CLICK TO DOWNLOAD
Posted by Nuclear Clown at 8:26 PM No comments:

There is no end to my perversity.

Another topic I will graze in my vain attempts to entertain you this week in my podcast will be my absolute and ravenous new love for this Coupon Suzy person, who has the unfortunate distinction of being a girl I want to do horrible sexual things to. Since I'll probably blabber on and on about her in the Podcast, I find it only fair to show you all just what I am talking about. Yea, I have weird taste, I am aware.
Posted by Nuclear Clown at 5:56 PM No comments:

Thanks to Matt Bateman! 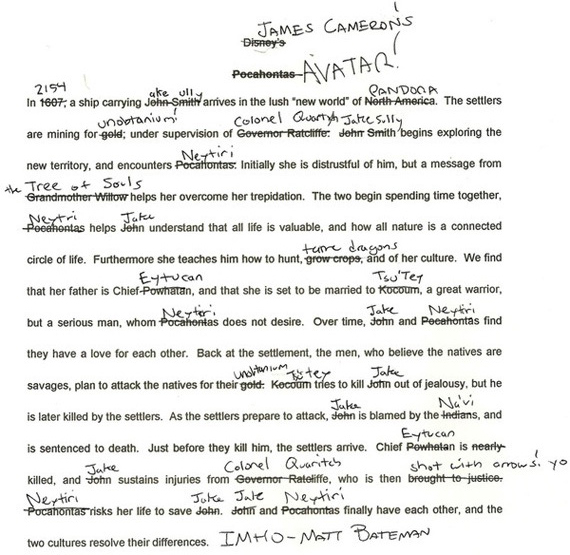 This upcoming Podcast I wanna talk about Avatar a bit, and I wanted to show off this priceless thingy I found online. Now, I forget where I picked this up, so I can't give credit, but it certainly isn't my idea (I'm not that clever). I assume a guy named Matt Bateman did this, so until proven otherwise, he'll get the credit!

Thanks, Matt!
Posted by Nuclear Clown at 5:53 PM No comments: 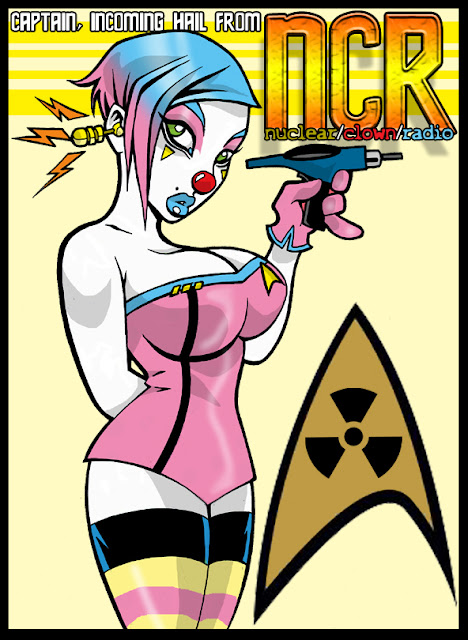 IN THIS BOLDLY GOING FIVE YEAR MISSION:
-Over 3 hours of strictly Star Trek!
-Target those breasts and fire: The women of the UFP!
-No more pity for Cryptic Studios!
-Last Unicorn Games sounds tremendously fruity!
-Grease the Vulcan!
-Everyone and their grandma wants to be Half Human!
-A review of all 6 Star Trek Movies (You know, the ones that matter)!
-On the Irradiated ipod this week: ﻿Glen Phillips takes us off to the stars as we listen to a song from Secrets of the New Explorers, a warp nine little diddy (and the ring tone on my phone) called "Solar Flare!"
RIGHT CLICK TO DOWNLOAD
Posted by Nuclear Clown at 8:42 AM No comments:

The art of sluttery.

Vampire the Masquerade: Bloodlines is a video game that hit shelves in 2005.

Fallout: New Vegas came out in stores less than 1 year ago as of the time of this writing.

What's this all about, you ask? Tits. Everything is always about tits here at the Irradiation Station. The following screen shot is a picture of a "Hooker" from Fallout: New Vegas. Keep in mind that this game came out recently. 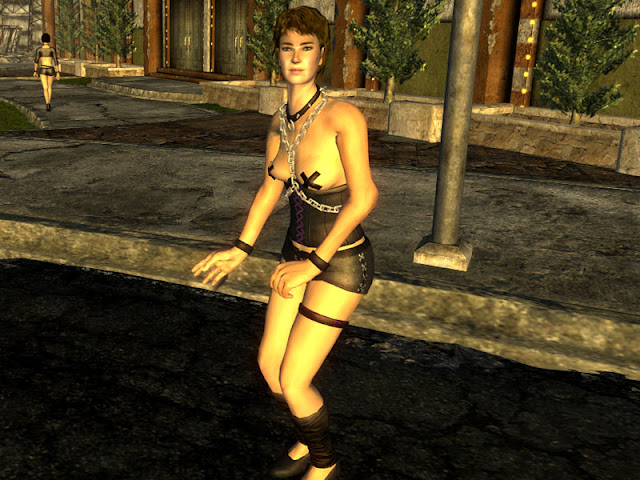 Stings, don't it? I wonder what part of this...exotic young lady the game developers thought would give all the youngsters out there all kinds of boners. Her left arm is quite simply deformed, with an elbow that appears to be filled with fluids of some sort. I guess the dropping of the bombs really screwed up the sex appeal gene in ladies.

And this is just the tip of the iceburg, mind you. You really need to see this girl actually move around to get the full extent of her grossness. See, the Hookers along the strip of New Vegas do this goofy little dance where it looks like they are standing on a wobbly platform and trying to maintain their balance in super slow motion. It's far from sexy, and frankly, is rather unacceptable in 2010 as far as computer generated poon is. 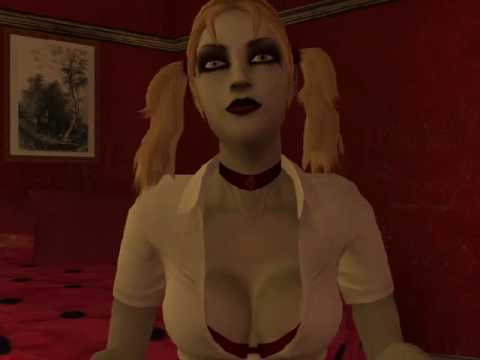 ﻿
Meet Jeanette. She's a hot, jiggly-boobed piece of ass from VTM Bloodlines﻿ Malkavian loon that you meet fairly early in your adventures. Now, the graphics are obviously dated here, but there is no doubt that this young lass if far more attractive than the wretched nipple-taped disasters that New Vegas tries to sell us.
It's been 5 years since the X-Box 360 arrived on the scene, and even though Bloodlines is a PC game and never appeared on the console, I still find it enraging that a game that was released at the same time as the birth of the 360 has superior breasts in it than a recently released game, since 5 years in technology terms is the equivalent of about 350 normal years. Leaps and bounds, son. Leaps and bounds.
Honestly, I have no real reason to post this. I'm bored and New Vegas whores are a mess. Sure, Bloodlines has its graphical snafus as well, but it's about 6 years old by now. What's New Vegas' excuse?
Posted by Nuclear Clown at 8:32 AM 2 comments:

NUCLEAR CLOWN RADIO - EPISODE BUT THESE GO UP TO ELEVEN 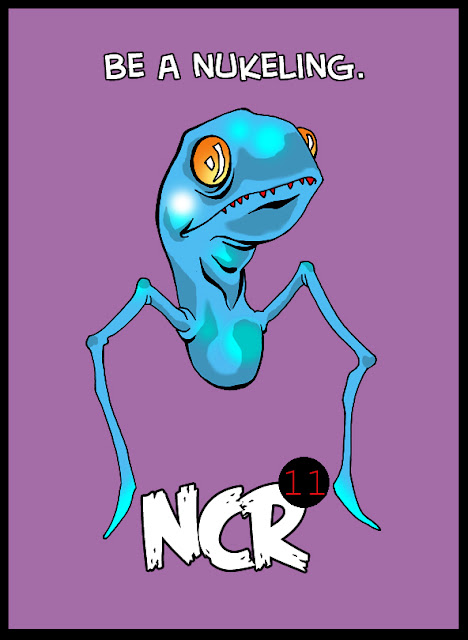 IN THIS ﻿YEAR-STARTING MISSIVE:
-The Headblade wants me dead!
-Let's get secretive!
-Michael Jordan mustache problems!
-The ugly lupine wife of Captain Kirk!
-Instant Hard Core pornography > Lady Wrestling!
-Even more Hollywood Hatred!
-The ups and downs of my 18th year!
-On the Irradiated ipod this week: Grab your shovel and spade along with Peter Gabriel as we burrow underground and listen to "Digging in the Dirt" from his album Us!
RIGHT CLICK TO DOWNLOAD
Posted by Nuclear Clown at 12:49 AM No comments: 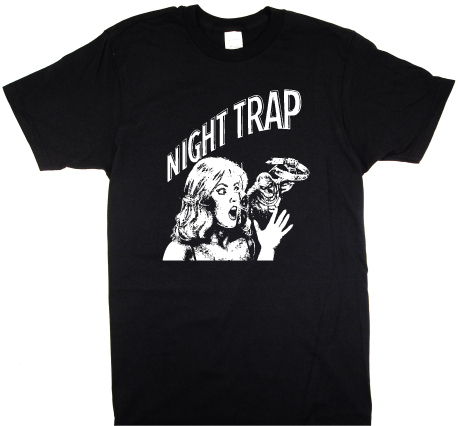 In my newest Youtube video I am wearing the FINEST GARMENT IN THE HISTORY OF CLOTHING, a T-shirt repping my absolutely FAVORITE game ever (No, not BLOODRAYNE-that's Jeff Jarrett's favorite game, silly) NIGHT TRAP! I didn't want to advertise for this shirt until I could verify that it's a quality deal, and it fits like a charm and comes pre-shrunk and all that good stuff! Yay for me and my wardrobe! I share my good fortune with you, and here is the ebay link to the shirt so you can get it yourself. The shirt is ten bucks and shipping is like 5, so it will only cost you about 15 dollars to at least double your cool factor.
The link? Oh yea, here it is!﻿
Posted by Nuclear Clown at 12:47 AM No comments:

A New Year gift for you!

Being that I rarely drink and don't have anything that could be mistaken for any kind of social life, my New Year's Eve/Day is spent in utter joy watching the Twilight Zone Marathon on television. Now, not all of these episodes are winners, and a lot of them are pretty tedious, but when they're good, they are downright fantastic.

I always liked black and white television for some reason. I think it looks so classy, and maybe I'm just messed up in the head or something, but I also think that women look particularly beautiful in those old black and white type shows. I also do my Youtube videos in Black and White as sort of a tribute to the general classic feel of the era, and sitting down and watching the Twilight Zone marathon for a good few hours is one of the only real traditions (Besides my daily trek to [insert fast food establishment here] for my daily intake of artery clotting sludge) that I actually have.

So since I'm probably the only sober one on the Internet right now, I will post up one of my very favorite Twilight Zone Episodes. As you would expect, you have to stick with this one until the end to really get the whole kick of it.

When you eventually sober up and watch this, you can thank me for starting off your 2011 with some cool stuff. Happy brand new year!

PS-Hot cakes for 60 cents? I would put this fucking place out of business in two hours.

Posted by Nuclear Clown at 1:15 AM No comments: