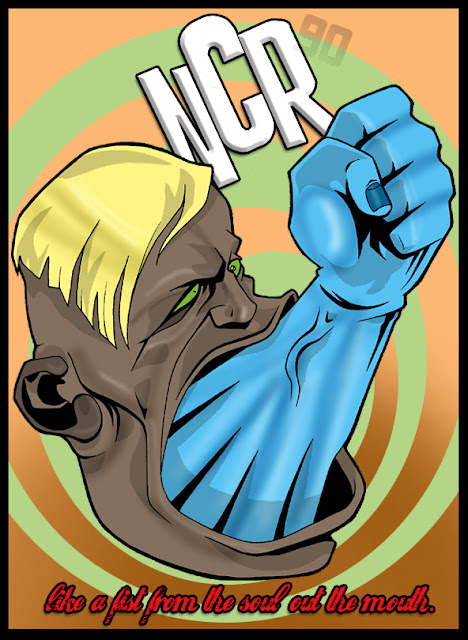 IN THIS WILD AND BASELESS ACCUSATION:
-Introducing the Hostess Blitzkrieg!
-Girls with Lobster Hands and male nipple licking for Dummies!
-Botching MMO Cash Shops, Old Republic style!
-How Minecraft fixed my computer!
-Katina Feygal?
-Sexy Vulcan Everquest throwback hooter marketing!
-Brooms to asses!
-On the Irradiated ipod this week: Toad the Wet Sprocket is good enough to lend us a song from their breakthrough album Fear, and remind us all to "Pray Your Gods!" So, to make a long and frustrating story short, storm no.1 knocked out my Power/Internet for about a week. Then I had Power/Internet for about 4 or 5 days. Storm no.2 knocked out my Internet for a WEEK AND A HALF, and I just not got back on today (I scavenged Internet at a friend's house to upload Episode 89 while I had the chance to). So, hopefully things SHOULD be back to normal(ish) and I can proceed polluting the information highway with audio/visual fast food wrappers. What better way to celebrate my return to the world than with some ANGIE!?!

I normally don't like Black &White pictures of my favorite clown girl because she's such a vibrant and colorful lady and all that, but this picture has a great 50's pinup model type vibe to it that I think looks better than the full color version. However, in the color version her fingernails and toenails were blue, which looked very cute! Anywho, sorry for the huge delay and all that, and I already am backed up on NCR topics for episode 90 and I finished the poster for it last nite, so, barring any more NATURAL DISASTERS or WEEKS without Internet, it should be up sometime this week? I mean, unless we have holidays coming up or whatever...oh..well, that's bogus...
Posted by Nuclear Clown at 8:32 PM No comments: 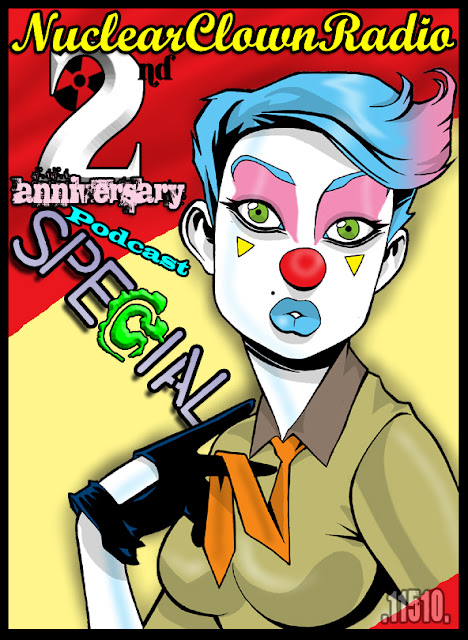 IN THIS TREMENDOUSLY TARDY TWO YEAR TESTIMONY:
-Comprehensive post-Hurricane/Snowstorm coverage!
-Comprehensive post-Election coverage!
-Comprehensive post-Power/Current-Internet outage RAGE!
-How to summon your very own Danny Trejo!
-The Walking Dead is Walking Meh!
-Tips and tricks for the Japanese Gravure Idol and the rise of JORDY!
-Doomsday Prepper parenting and 5 FULL HOURS of Irradiation!
-On the Irradiated ipod this week: From the one of the coolest album covers I have seen ever in my life, David Bowie helps us all celebrate Year 2 with a song from his fantastic musical offering Lodger, here comes some “Repetition!”

As of this post (Date and time exactly) NCR is 2 years old! This is fairly cool. However, due to power outages and NATURAL DISASTERS and the like, I was not able to, as I had anticipated/planned, do a 2nd Anniversary show and post it on the exact same day/time as the first episode (Nov 5th at 6:42 on the nose), which makes me REALLY sad and all that.

Heck, I even had the poster for the year 2 Anniversary special already done weeks ago. I THOUGHT I was prepared!

Anywho, rest assured, the 2nd Anniversary show will be up SOMETIME soonish, just not like EXACTLY a year after the first anniversary show. I have SO MUCH to discuss it will prolly be like 4 hours long. Sucks to be you if you plan on listening!